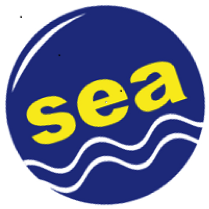 The 12th International Conference on the Stability of Ships and Ocean Vehicles (STAB 2015) will be held in Glasgow, Scotland, UK, from the 14th to the 19th of June 2015

As ancient as Archimedes (circa 250 BC), the topic of stability of ships (and more generally of floating bodies) has fascinated eminent scientists throughout the centuries, of the likes of Huygens, Bougue, Euler and the Bernoullis. Despite unrelenting efforts institutionally, country-wide and world scale, the field remains relevant and of high focus, combining deep scientific basis with practical and ethical concerns stemming from a continually changing industry and society.

Stability represents a prime driver for naval architects. It is not a coincidence that the first risk-based approach to ship design used “damage” stability as raw model whilst the form and consequences of “intact” and “damage” stability regulations remain at the forefront of interest at IMO.

For 40 years the STAB conferences and the affiliated workshops are the definitive meeting venues of maritime researchers and professionals who are interested in problems of dynamic stability and safety. All important advances that have taken place during this period in the numerical and physical modelling and understanding of ship stability, advances in extreme vessel dynamics and the development of new stability regulations have been instigated, presented and debated at some STAB meeting.

The forthcoming STAB will be organised by the University of Strathclyde in Scotland, UK. Established in 1796 as the ‘place of useful learning’ it is today Scotland’s third largest university with an international reputation and outlook and with students and staff from over 100 countries. The Department of Naval Architecture, Ocean and Marine Engineering (NAOME), is one of the largest in Europe and worldwide. With an illustrious history stretching back to 1882 and the host of John Elder Chair, the first in Naval Architecture, NAOME is a key provider of Marine Technology expertise in the marine and offshore sectors.

Glasgow, in turn, is the birth place of Naval Architecture as we know it today with the river Clyde, dividing the city north and south, fostering the industrial revolution and housing and shaping shipbuilding for almost a century. It is the largest city in Scotland and only 70 km west of the capital, Edinburgh. With three international airports Glasgow is Scotland’s most accessible destination, just 1 hour from London and an average journey time from continental Europe of 2 hours. It is a distinctly cosmopolitan city with beautiful architecture and numerous cultural attractions, half an hour away from some of the world’s most breath-taking scenery. Glasgow’s rich and varied history stretches back almost two thousand years. Originally a small salmon-fishing village at a crossing point on the River Clyde, Glasgow has been shaped by worldwide trade and heavy industry to become a truly International City. The weather in June is pleasant with average temperature around 15 C, humidity 80%.

Researchers, professionals and all interested to fathom stability of ships and ocean vehicles, from theory to practical implementation, are warmly invited to participate in STAB 2015 in Glasgow and actively contribute to furthering and to disseminating knowledge in this critical field of maritime safety.